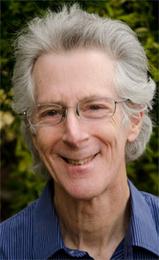 "We must let go of the life we have planned, so as to accept the one that is waiting for us."
Joseph Campbell

"What you’re talking about here is loss, catastrophic, gnawing absence. Your wife has died and what does it really mean? I think human beings, all human beings, are by nature selfish, and so when we mourn, we’re actually mourning part of our self that has died. And you have now lost the person that defined you and so in a sense you have lost your identity. Who are you now without her? And you are uncomfortable inside your own skin. You have become a stranger even to yourself."
Directions spoken to an actor by Geoffrey Tennant (Paul Gross) in Slings and Arrows.

I once spoke to a new client who, in the first half hour of our session complained of depression and anxiety, sleeplessness, irritability and a number of other symptoms. He then mentioned that, oh by the way, his mother had died a week earlier. That certainly explained what he was feeling, I told him. “I thought I should be over it by now,” he replied.

Historically, American culture has not done well with grieving. Many of the older cultures that were brought to our shores have well established rituals that allow people to mourn openly and rely on the community to give support to that grieving, but what has often been an American strength—“on to the next thing”—in this instance keeps us from completing an important life task.

Grief may be painful but it is an inevitable part of life that accompanies losses of many types. We most frequently think of it in relationship to the death of people who have held special meaning for us, but we can just as easily grieve the loss of our role as a parent when our children grow up and leave the house, our youthful abilities or good health, a pet who has been part of our family, the loss of a marriage and family through divorce, or a host of other events both concrete and intangible.

Elisabeth Kubler Ross gave us a model to explain the grieving process in her book On Death and Dying which was published in 1969. In it she outlined what she called the stages of grieving: denial, anger, bargaining, depression, and acceptance. Today we think of them less as stages than as feelings and thoughts we cycle through as we process the loss and gain a new understanding of life. This process can bring both healing and new growth or we can get stuck somewhere along the way. It is not the grieving itself that is problematic but the way it might provide a log jam that prevents our lives from continuing on in a healthy way. We can as easily get stuck in denial as in depression or anger, and who of us has not tried to bargain with God or life about the things we will do to keep time from taking its toll.

First we must be realistic about how long mourning is likely to go on. In some ways major losses make a permanent impression on us and change the course of our lives. There are people we are likely to miss forever. Formal periods of mourning mark the acute stage of experiencing those losses. Unlike the client I referred to earlier, traditional rituals of mourning account for the depth of the loss by allotting sufficient time for the inner transformation to take place. It is not unusual for someone to spend a year devoting a part of each day to the remembrance of a parent or spouse or child who has died because that first year is full of anniversaries that evoke feelings. A birthday, a holiday, a time of year might bring up memories and give rise to a wide range of feelings. People need to give themselves permission to mark these passages. Often the feelings remain strong. What changes is that the frequency with which they pop up diminishes over time. There is a gradual shift from mourning back to living.

Joseph Campbell also passed on to us the wisdom of the ages with the admonition to “joyfully participate in the sorrows of the world.” This is not something that we can will ourselves to do, but an openhearted expression of our grief often leads us back to this path.

Richard Bloom, mft, is a psychotherapist with over 40 years experience helping individuals and couples. He has offices in Santa Rosa and Berkeley.